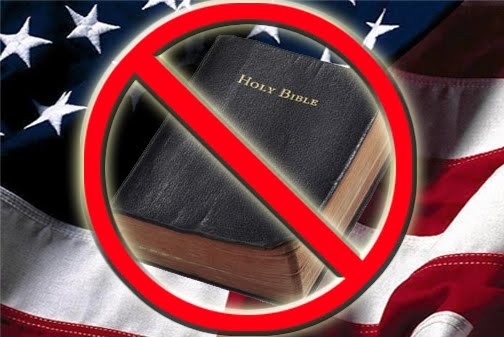 Mukunda Dasa: Srila Prabhupada did not engage in ‘bashing’ anyone’s faith or religious tradition, he was very clear on what Religion is and what it isn’t. He explained the Vedic version and how it relates to other explanations of God consciousness or religion.

Neophyte people, no matter what faith they may possess, often become puffed up and believe that their understanding of Religion is superior to someone else’s. This is true for ISKCON devotees as well. In trying to prove to themselves that their faith is superior, they naturally have to put down someone else’s.

The reason why Christians are a favorite for neophyte devotees to attack is mainly due to most Christians being self-righteously arrogant about the superiority of their belief system, when they have such a poor and overly simplistic fund of knowledge about the true nature of God and His creation.

The Muslims don’t really figure too much in the average devotee’s life, so there is no point of making an issue about them.

Jews, on the other hand, are spoken about very often, but due to the fact that no ISKCON website or forum will publish any of our realizations or opinions on Jews (unless they glorify them) readers will never know what devotees think.

Possibly this article will either, never be published, and if it is it will most definitely be severely edited to remove what ‘they’ consider to be Anti-Semitic. If it is’ then it will be a very good sign that the editors are unbiased and fair in their publishing of devotee’s opinions and thought. (Thank you ‘Prabhupada Vision’ for not editing my article.)

There is one unmistakable fact in ISKCON – we can criticize Christians, Muslims, Scientists, Karmis, Italians, Americans, etc., but we can never say one single word, whether it be true or false, against the Jews, both inside ISKCON or outside, on any website or open forum in any temple or committee, or at the GBC level. Nowhere is this tolerated, no matter how true the claim or statement may be.

“Of course now that I have re published this article on Prabhupada Vison I cannot make the above statement absolute for the internet.”

Many devotees know details of the Hebrew shastras that are highly controversial, and we know that their understanding of the absolute truth is impersonal, yet no one discusses this in public, even though we may want to. This is not only due to the fact that it may be construed as Anti-Semitic, but, due to the fact that the majority of our senior leadership is of Jewish extraction, they ferociously guard against any discussion of the Jewish belief system.

The oversensitivity of anything even remotely construed as ‘Anti-Semitic’ in ISKCON is probably more to do with our leaders being of Jewish ethnicity, and the Christian bash goes hand in hand with the Jewish people’s hate of Christians.

Every culture or religious affiliation can be bashed for their weaknesses, so maybe we need to stop bashing as well as stop trying to control independent intelligence and thought, and just get on with trying to understand our own philosophy.

But no matter what we may know or think about any other viewpoint about God, there is absolutely no comparison between the Abrahamic Religions and Vaisnavaism. None!

No Religion on this earth can compare in depth or detail of knowledge of the Supreme Personality of Godhead, Sri Krishna. The Abrahamic Religions are mere social constructs to guide their people on a specific socio-religious path. In most cases that path is impersonal in orientation. The references to God’s personal form, qualities and pastimes are extremely scant in any of the Abrahamic Religious texts, and so hardly warrant any serious discussion. The only information that we have coming from these sources to the contrary is the alleged historical Jesus, who taught that God was a person and gives vague reference to a handful of personal attributes.

Our Vedic texts are replete with knowledge of God. The old saying ‘To know God is to love God’ is true in the Vedic sense, but knowledge of God in any other text or belief system is left wanting, therefore it can only be construed as sentimentality and not true love. To love God is to Know God…

So what is the point of bashing anyone? Whether they be Jews, Christians or Muslims?

Devotees place too much emphasis on these matters, which are irrelevant to our devotional lives or our preaching mission.

We need to address the fact that our senior devotees in leadership positions control of our media. Devotees must be allowed freedom of speech to discuss all matters of practical, philosophical and emotional nature. The fact that our speech is controlled does not lend itself to independent intelligence, but to a dumbing down of our devotees. 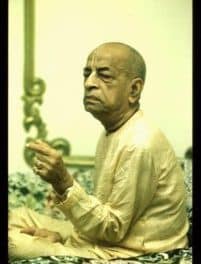 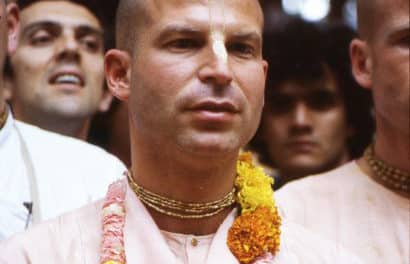 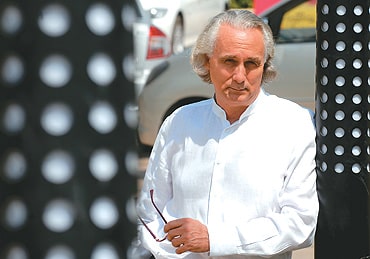 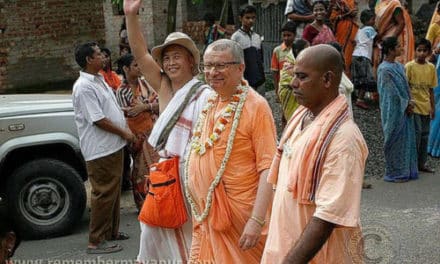