Who is the CPO really protecting? 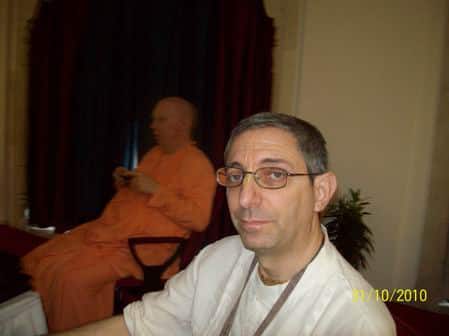 Madhava Dasa – USA:  After reading Sanaka Rsi`s letter titled Ratification of the Revised CPO Manual, I would like to add my observation in regards to ISKCON`s well planed but unfortunate and exceedingly dysfunctional pattern of unwillingness to “correct” their mismanagement and utter neglectfulness to tackle the constructive critique from rank and file devotees in any positive and beneficial comportment.

By acting in such dysfunctional way, it is clearly evident that they are not interested in creating protocols and programs that would create a positive and healthy environment that would ensure proper protection of our children, which would be based on the justice, openness, and transparency.

Regretfully it is quite opposite; by acting and following their usual and by now very predictable unhealthy patterns, it is clearly evident that they are only interested in protecting themselves and their positions which gives them the desired power, control, money etc, and nothing else.

Unfortunately, I predicted this CPO sham of theirs in an article that I had written more than a year and half ago that was published on Oct 13 2009 on the SUN titled:

“The Soon to be Released Revised CPO Manual is Just Another Sham;— I am writing in support of the Gurukula Alumni after reading their heartfelt and comprehensively detailed article entitled “Braja Bihari’s Failure to Resolve His Wrongdoings with Gurukul Alumni“. I would also like to encourage others to support them in their endeavors to see justice done with regards to Braja Bihari.

Braja Bihari, the consummate (now behind the scenes) professional is always looking at improving the ways in which he can cover-up for the corrupt ISKCON institution, and its corrupt leadership has devised a new and ‘improved’ CPO system that he hopes will fool the innocent devotees much better than the last system he implemented.

This new CPO revised package also comes with a new head of the CPO he helped create, as Tamohara dasa, having completed his initiation, now moves into the upper echelon that he was promised for doing their dirty work.

Braja Bihari has appointed his own people to do the writing of this new CPO manual, which is yet another trick that he has pulled from his old bag of tricks in an attempt to control and manipulate the ISKCON justice system.

Prana das was handpicked by Braja Bihari and The Company (The ISKCON Oligarchy) to do the task of revising the ISKCON CPO Manual. Unknown to most, Prana das is an old friend and protégé (one of many) of Braja Bihari. He was brought to Vrindavana some years ago to assist Braja Bihari with the infamous Vrindavana Gurukula. Braja Bihari’s intention was to train him to take the leadership position within the Vrindavana Gurukula, however as he (Prana das) lacks any leadership qualities, he was not appointed. So he was married off to a Teacher from the school that was near to having a nervous breakdown, and they packaged them off to New Zealand and set him up as a curriculum writer to keep him on the payroll.

The one super-excellent quality that Prana das did exhibit was that he is the perfect Yes-man. This is the precise quality that The Company likes and it is also very endearing to Braja Bihari. All it took was to know where and when this perfect Yes-man could be brought into play…

Braja Bihari prabhu, do you really think that after all the public exposure of your bad character and your dirty ways and means of controlling and manipulating the ISKCON CPO, Educational system, ISKCON Resolve program and many others in the past, we will fall for the same sneaky trick of yours yet again? Sorry, NOT THIS TIME!!!!!!!

We know that you and your friends like Sesa and Laxmimoni are working hard on changing the façade of the Child Protection Office (CPO) after the latest exposure of lies and deceits by your puppet-head of CPO, Tamohara dasa. You know very well that devotees in general have absolutely no faith left in your present corrupt CPO and its manual.

Having a woman is also a very sneaky trick isn’t it. With a woman you get the liberalist devotee’s support and also the secondary advantage as having a woman would make it appear like a caring mother would be more likely to be on the side of the child.

Consequently, you decided that it is time to create the new face and mask of the CPO, (which you and your abusive friends can hide behind) in the form of the new manual and new head of CPO, in a desperate attempt to salvage faith in the CPO and its system by general devotees.

You know very well, that this faith by the masses of devotees is absolutely required, in order that the CPO can continue to go on with its desired function: providing lip service of justice to the abused children, their parents, and the general devotees while falsely professing that ISKCON is seriously doing something about it, which creates a nice buffer zone for the upper echelon within the Company.

We also cannot believe that you, Braja Bihari and the Company have rank and file devotees and their children’s best interests at heart, and so we can only see that this new revised edition of the CPO guidelines will benefit the perpetrators and the Company, and not the children and parents.

It is beyond doubt that the GBC and all departments of ISKCON are now designed to afford the leadership absolute control over us. The revised ISKCON Law book and the CPO Manual are mere legal justifications to control of devotees and definitely not here to assist us in becoming more Krishna Conscious.

Maybe in the past you could get away with your dirty work without being discovered, but now that you are in the limelight you cannot hide your clandestine handiwork anymore. We will no longer be lulled into thinking that you mean well and are trying your best to facilitate devotees, or that you are not involved in these matters (refer to the above Gurukula Alumni article).

We know that you prefer to hide in the background behind the people within the top positions, the limelight people (like Prana das) that are appointed, advised and guided by you. Having a karmi academically qualified apologist in your team would give the appearance of a professional ‘who knows’ better.

This system of management provided you with nice protection from being directly accountable in the past, when we, the general rank and file devotees, were unaware of your devious diversionary dirty ploys and tactics. NO MORE.

Now we know how you operate, and we will educate all the rank and file devotees as well, so they will also be able to recognize you and your devious scams. Hence you will not be able to get away with your smiles and pretense of innocence, like you have nothing to do with this.

Can you feel that you are losing your power and influence prabhu? What about you and your wife’s only claim to have anything to do with ISKCON children, the ill reputed Vrindavan Gurukula which you both have degraded and destroyed? What has become of that? Hot topic in the present GBC meetings in Mumbai, hey prabhu? Do you think your power and influence can save your wife Ananda Vrindavanesvari this time? Due to her utter mismanagement, the Gurukula is facing huge problems again. So many of our children’s lives destroyed, so much money lost, so many philosophical deviations attended to – how can you survive such utter failure and defeat?

Hiding and actively operating in the background and shadows of ISKCON will not provide you anymore with your desired anonymity, safety and protection by getting away with your nefarious dirty plans undetected.

How is it possible that the ones that either abused children or protected the abusers of children were allowed to establish a child protection office in the first place? Of course they would create a system that can be easily controlled for if the laws were applied to every devotee that would mean that they themselves would face trial and conviction under the very same laws that they wrote! People like Braja Bihari, Laksmimoni, Urmila, Sesa, Dhanurdara, Gopal Krishna Goswami, Jayapataka Swami, Radhanatha Swami, Bhurijana, Jagadish (if he came back) and so on…

All these people would be tried under the child protection laws and would be kicked out of their positions and possibly face the local justice system.

It is unfortunate that Sanaka Rsi prabhu wasted more than a year of his time, writing the new CPO Manual in hopes to help create and facilitate ISKCON children with the system that would provide them with appropriate protection.

The fact that they asked him was only to pay lip service to a ‘exGurukuli’ and to get him off their backs as he was exposing them with the truth.

These ISKCON leaders are now beginning to use the second generation devotees (the ones that are needy or greedy/ambitious) to be their lap dogs by either grooming them to be salaried underlings in their service or to, as in Sanaka Rsi’s case engage them in an attempt to shut them up… 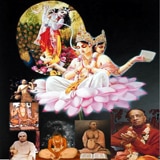 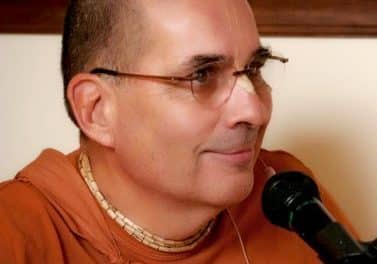