The Two Faces of Indradyumna Swami 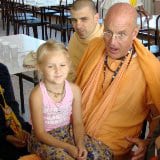 I really can’t understand how is it that this man is showing so much affection for little girls while at the same time behaving in a cold manner toward his own godbrothers.

When I was living in the Iskcon french rural community around the mid nineties, IS came a few times and each time I was really astonished to notice how much little girls were “in love” with him. My own daughter (11/12 years old then) was telling me how much she desires to get the special favor of Maharaj like some girls did. I questioned her “What is the ‘special favor of Maharaja’?” She answered, excited “To sit on his lap!”. I asked her, concerned : “Did you sit on his lap?” I was lucky, she didn’t.

I have known Indradyumna Swami since 1974 when he was in the France Yatra as one of the right hand men of “His Royal Highness” Bhagavan Gosvami Srila Gurudeva, the man responsible for the French Iskcon tsunami of the mid eighties when Bhagavan Gosvami ran away with money (actually, he literally plundered the french yatra) and a woman (and stole somebody elses wife).

With his big and attractive smile (which conquers the heart of many) IS appears to be a perfect and kind-hearted man but there is a wicked side of him that he keeps underneath and unfortunately, I have had to face it several times. As he was my elder and “advanced”godbrother, I expected from him support and kindness but it didn’t take me long to realize it was too much to expect from this man -while on the other hand he could be so loving with some!

His dealings with me in traveling sankirtana (where we were engaged all day long from early in the morning to late in the evening in selling incense, records and books door to door) were quite impersonal and even sometimes harsh. We were often treated badly by the karmis we tried to sell different items to (unfortunately, as years went by, we were ask to sell different commercial items instead of Srila Prabhupada’s books), and when we came back from “sankirtan” the first words we heard were “how much you did?”. When we were doing good in selling it was ok because anyway we were brainwashed to think that “a good seller is a good devotee” but when we didn’t sell well we couldn’t expect any real sympathy and understanding from our sankirtan leaders – IS and others – only coldness and reproach (silence sometimes is worse than speech).

But the worst was to come. After one year on the battlefield (the travelling “sankirtana”) I faced a burn out crisis in my career of a good devotee-seller and I decided to take a break and go to my parents’ home. I left without informing my leaders – and certainly not Bhagavan and IS – as I could sense more and more that Bhagavan and IS were interested in me as long as I brought a good amount of money to the temple.

At this point, I felt I had no choice but to live at my parents’ home. But I was not satisfied living away from the devotees and so I decided to go visit the Paris temple . Once in the temple, it didn’t take me long before realizing I had made one of the worst decisions of my life. Also some of my godbrothers received me well and were kind to me, IS was terrible. Indifference is worse than hatred and IS clearly knew that. He didn’t speak a word to me, worse, he behaved toward me as if I was dead. After that I decided to go to England yatra where I met many of my french’s godbrothers who had fled the hellish Bhagavan’s zone and taken shelter of England yatra. We were happy there and we are grateful to the English devotees for having allowing us to stay there to perform devotional service peacefully – which means without the heavy pressure of the french yatra of the time (“Get out and preach!” [make money !]).

After the dreadful experience of meeting IS in the Paris temple, I encountered him briefly several times and each time he chose to ignore me completely. Maybe to him I was a kind of traitor as I left the battlefield of “sankirtan” and at the same time the wonderful kingdom of “His Royal Highness” the supreme Zonal Acharya, Srila Bhagavan Gosvami Gurudeva. But the last blow and more painful one from IS occured in New Mayapur, around 1995. When I met him this day he sat on a chair and was surrounded by a few devotees. This time, I had decided in my mind that I would try “to break the ice” by offering my obeisances to IS and I actually did it. But, once more, I had to confront his terrible coldness as he chose to keep doing what he was doing as if nothing had happened at all . It really hurt me and I went away feeling deeply offended. I had expected a warm reconciliation from “the great spiritual master, the great mendicant preacher, patita pavana, savior of the fallen souls” – as his followers disciples and others like to glorify him – he, instead, and once more, choose to ignore me completely.

IS is not the warm person he appear to be while giving big hugs to little girls, smiling brightly to his followers, embracing tightly his good friends from Iskcon; all these wide spread pictures of him on the net displaying for all to see his glorious success as a big guru star of Iskcon. Don’t be misled by the show; IS is not a pure devotee. How he could be? Can you imagine Srila Prabhupada giving a big hug to little girls and holding them on his lap? Can you imagine Srila Prabhupada taking pictures of half naked women in bikinis on the beach? How can you expect such behavior from a sannyasi? (and by the way, from a grhastha too?).

But IS is surrounded by blind followers who consider all that as “his transcendental pastimes”? But wake up ! How can taking pictures of half naked little girls and women wearing bikinis on the beach and posting them on facebook and giving big hugs to young girls be “transcendental”?

An Iskcon guru has a great spiritual responsibility; he must set up the standard for everyone to follow as our spiritual master Srila Prabhupada has directed us to do. And IS is not setting the proper standard, especially concerning his behavior towards young ladies. He takes advantage of his position of “big guru” to attract young girls when he is supposed to strictly follow in the footsteps of Lord Chaitanya. The Lord was very strict in his behavior toward women (especially young ones who are so easily carried away by lust). Kirtananda swami and Bhavananda swami were attracted to young boys while IS is attracted to young girls, but what does all that have to do with the behavior of a sannyasi? Our duty is to protect our children from this so-called renounced men. If IS relished taking pictures of women in bikinis (what a terrible deviation from our vaishnava principles when you think of it !) and published it on his facebook (also he took them away lately) who knows what he could do in private?

Dear devotees parents don’t be misled by a so-called “big guru”. Never forget, many so called big gurus had fallen down in the past. Your duty is to protect your daughters and teach them how to behave properly toward the opposite sex (and especially sannyasis). This is a fundamental principle of our wonderful vaishnava culture and we cannot compromise it; Srila Prabhupada himself certainly would not have made a compromise. 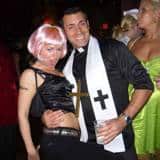 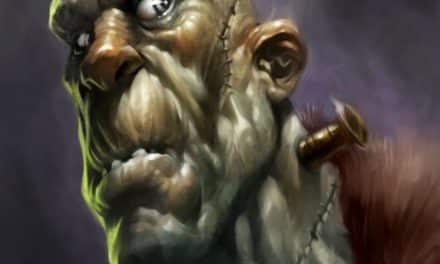 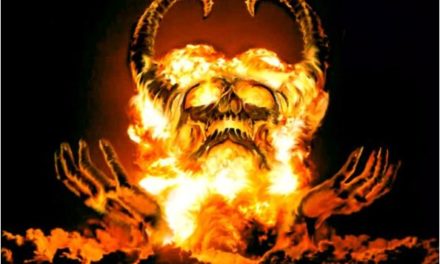 What About World War Three? 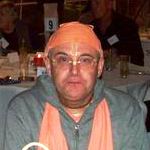