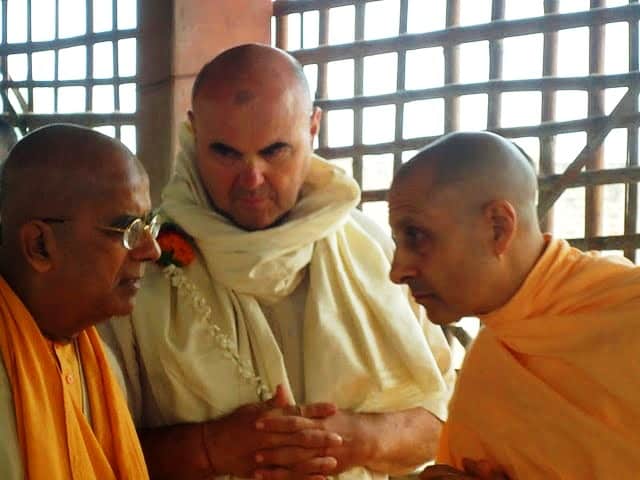 Kṛṣṇacandra Dāsa – Śrī Vṛndāvan Dham: What our leaders do sets an example for others to follow, so it is imperative that our leaders set a very high standard of Kṛṣṇa consciousness, character and behavior. To know how to behave and respond as a leader in our Kṛṣṇa conscious ISKCON society means that one must know what is the duty and responsibility of a spiritual leader and therefore have the ability to differentiate between what is acceptable and what is not acceptable behavior in accord with dharmic principles.

As we know Kirtanananda Swami – Murderer, Racketeer, Charity Defrauder, Pedophile, Homosexual and Religious Syncretist: recently died and was taken to Vṛndāvan to be buried. His burial did not go smoothly, which can be expected for such a rascal of a man who took full advantage of his privileged position within the ISKCON [FISKCON] institution for the better part of his life.

Kirtanananda did more to systematically disgrace and degrade everything that he coveted with his lusty ambitious megalomaniacal eyes than any other rascal FISKCON Leader. He is without a doubt the most disgraceful and heinous character to every wear the saffron robes and be known as a Hare Kṛṣṇa Devotee and Leader of our glorious ISKCON society.

Yet even after such a heinously disgraceful past he still had a following of disciples to look after him and worship him as if he was a pure devotee of the Lord. However, perhaps if it were not for his student, Radhanatha Swami, who gained most of Kirtanananda’s followers and projects, Kirtanananda would have faded into the oblivion of obscurity but Radhanatha sent his men and women to help organize the whole event, thus clearly displaying the value system that he instills in his followers.

The ISKCON community is still reverberating from the impact that Kirtanananda had on our society and the GBC is hoping that his memory is soon to be forgotten for if such a person could hold a title such as Bhaktipada what to speak of a position as a pure devotee/initiating spiritual master/dīkṣā guru/GBC etc – then what does that say about them?

Yet knowing what a disgrace and offence such a man is to our Vaiṣṇava society, Śrīla Prabhupāda and the Sankirtan Mission of Lord Caitanya, how could the institution send three of their so called senior men to pay their respects and give their full dandavat obeisances to such a man? Recently it was reported in “Kirtanananda’s Burial in Vṛndāvan” that three representatives of ISKCON paid their final respects to Kirtanananda, who is the most notorious former leader of our ISKCON society.

The ISKCON official contingency left Śrīla Prabhupāda’s ISKCON Temple in the morning to attend the official viewing of the disgraced ex leader and self appointed initiating guru of ISKCON, Kirtanananda [AKA Keith Ham]. Gopal Kṛṣṇa Mahārāja and Radhanatha Swami looking very serious as they are probably engaged in discussion about who will get his disciples and the remainder of his properties. This serious discussion took place at the Mohini Goshala where Kirtanananda’s body lay awaiting burial.  Pancagauda probably wondered if he could still use Kirantananda Swami’s Charities to collect…

Following is a series of photos demonstrating that the ISKCON or FISKCON institution has officially given respect to Kirtanananda Swami, thus setting the example that a very bad man must be glorified and respected. Nice one guys! Radhanatha Swami ‘lucked out’ when Kirtanananda went to jail and he himself was able to sleaze his way out of jail taking the opportunity to gobble up as much as he could of Kirtanananda’s assets and followers. For many years Radhanatha Swami worked side by side with Kirtanananda who was his mentor and role model. Now he is one of the leading most religious syncretist or shall I say ‘Interfaith’ gurus who are leeching off Śrīla Prabhupāda and ISKCON today and he owes it all to his mentor and role model Kirtanananda Swami.

It is therefore no wonder that Radhanatha Swami was the leader in this callously insensitive trio who attended this funeral to officially represent our glorious ISKCON society, for he gained the most from the demise of Kirtanananda and so, as we see above, his face is etched with gratitude and love for his only real benefactor in his so called spiritual journey home. Below we see the trio paying their obeisances to the dead body of Kirtananda in staggered order –Gopal Kṛṣṇa Mahārāja, Pancagauda Dāsa and Radhanatha Swami… What about Gopal Kṛṣṇa Goswami? What role is he playing or has he played in Kirtanananda’s life to be officially present? Why is he bending his knees and laying on the ground in full dandavat obeisance to such a man unless he supports him?

After all Gopal Kṛṣṇa Mahārāja has been the GBC of Vṛndāvan for over two decades all through the most heinous child abuse in ISKCON’s history and he never uttered a word, not one single word did he speak in their protection and defense; when they were being beaten, raped and tortured at the hands of his people in charge of the Gurukula.

How does he sleep at night? Surely he is riddled with guilt at the poor tortured children, mere babes, who their parents gave over to the ISKCON they loved and trusted. The ISKCON they offered their children to raise in Kṛṣṇa consciousness in the Holy Land of Śrī Vṛndāvan Dhama and Gopal Kṛṣṇa Mahārāja turned a blind eye to their plight… Surely he suffers from extreme guilt and shame from not lifting a finger to stop or correct his people…

No I would imagine that he did not give one fig about them then and he does not give a damn about them now in the present gurukula.

He knows full well that children were and are being abused in the ISKCON Gurukuala but his example that his followers and disciples must follow is that: one should look at the plight of little children with an utter lack of care, love and affection. These are more the qualities of a Sociopath than a normal well adjusted human being, what to speak of a Vaiṣṇava? “So as President, now you will be forced to advance in Krishna Consciousness because you must always set the highest example yourself, and I think that this is Krishna’s special favoring you. Try to always see the highest purity is maintained in all respects, become yourself very convinced of this Krishna philosophy, be always preaching and trying to understand some basic points from different angle of vision, keep the devotees in your temple always satisfied and jolly, and that will be your success.” [Letter to: Hrdayananda Bombay 4 February, 1972]

Pancagauda Dāsa as President of the Kṛṣṇa Balarama Mandir in Śrī Vṛndāvan Dhama is supposed to set the highest standard of behavior and spiritual realization for our whole ISKCON society. Yet here he is seen placing a garland around the head of the most heinous criminal to represent our glorious ISKCON society. How are we to understand this man’s loyalty to Śrīla Prabhupāda and the international society of Vaiṣṇavas when he can do such a thing???

Pancagauda Dāsa made hundreds of thousands of dollars selling caps etc on the streets of New York while he was accommodated for the better part of the last two decades in Kirtanananda’s Ashram in New York and is claimed to have collected his money for charity under one of Kirtanananda’s infamous Charity scams. So it is no wonder that he pays his respects to such a monster of a man as Kirtanananda…

This is the consciousness of our leaders… So what do we expect of those that bend their knees in supplication to such a person as Kirtanananda? How can we expect that there is anything good to be born out of those who love, respect and worship this type of human?

One can only set such a terrible example of insensitivity and immorality to attend such a man’s funeral if they are ignorant or if they are selfishly greedy. The three of them stood to gain from Kirtanananda in some way in the past for them to be able to honor him as a Saintly person by circumambulating his dead body and then laying themselves prostrate at his grotesque feet. What type of person does such a thing when all decent God loving people are repulsed by the life and times of such a demoniac person as Kirtanananda?????

Their attendance at this monster’s funeral is a disgrace to Śrīla Prabhupāda and our ISKCON Society and if they are not severely rebuked with the full force of the GBC then this will clearly demonstrate, yet again, that the GBC, the Gurus and any other ISKCON Official is completely and utterly irresponsible and lacking in even a baseline level of spiritual and material maturity.

From The Archive: Indradyumna Swami’s Girls 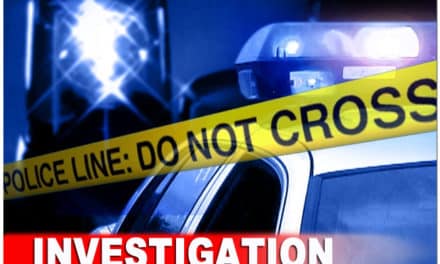