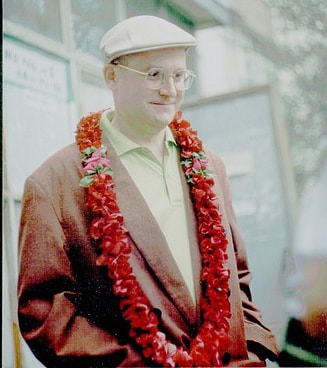 Concerned Australian Devotee: It is very natural that many will try to be humble, non-critical, forgiving, and respectful towards another great devotee who has fallen in the mission of Lord Chaitanya. It is nice that we hear quotes from Jesus who was persecuted and killed. BUT, Jesus also preached that one should hate the SIN and not the SINNER. There is a big difference. Many devotees including myself have great respect for Prabhavisnu Das. But, unfortunately, no-one can protect him from his own KARMA (SIN) for all of his wrongdoings in the past.

There are MANY devotees who can tell you much better about the various harsh treatments which P.V.D has enacted upon them in past years. I can point out just a few of these. Please bear in mind the scriptural stories such as in the case of Yamaraj himself who was cursed to become a sudra for some small offense. So a devotee who accepts the role as manager, temple president, GBC, sannyasi, GURU, not only has a very big responsibility but he will also be punished BIG TIME if he misuses his power and position in any way. And therefore we need to discuss these things for the sake of learning how to advance in spiritual life and not fall prey to maya. We all want to go back to Godhead and we also need to avoid the pitfalls. So it is not with any malice that I am relating a few incidents here, but with the hope that we can all learn something.

“…That twelve men are authorized to preach Krsna consciousness. So we have to follow. Mahajano yena gatah sa panthah. Therefore we have created these GBC. So they should be very responsible men. Otherwise, they will be punished. THEY WILL BE PUNISHED TO BECOME A SHUDRA. ALTHOUGH YAMARAJA IS A GBC, BUT HE MADE A LITTLE MISTAKE. HE WAS PUNISHED TO BECOME A SHUDRA. So those who are GBC’s, they should be very, very careful to administer the business of ISKCON. Otherwise they will be punished. As the post is very great, similarly, the punishment is also very great. That is the difficulty. You can see from this example, Vidura. He was immediately punished. He did little mistake at Manduka… Because the rsis, the munis, they will curse. Dealing is very… Even Yamaraja is not taking.”

Most of you would not be aware of the fact that PVD was acting as the temple commando in Bombay during 1976 -1977. There were a number of single devotee women living at the temple from ’75-’77. I know them well because I went there during that time hoping to find myself a good wife. But, I was told by the authorities that none of them wanted to get married. The fact is, though, that the TP, Giriraj Das and the TC, Prabhavisnu Das considered all these single women to be PROSTITUTES. You can speak to any of these women yourself.

Bhavananda once saw one of these ladies from a distance with her hair not covered and SCREAMED across the courtyard while pointing his finger at her, “COVER YOUR HEAD, YOU PROSTITUTE”. So where did he end up? No better than a prostitute!

Prabhavisnu himself was part of this regime and he also labeled certain lady devotees as prostitutes. This was especially the case with one whom he saw one evening entering the residence of the pious Indian family (The Warriors) who lived on the ISKCON Juhu property. She was labeled as ‘PROSTITUTE’. Then in Feb/March of 1977 these so-called leaders kicked out all the single women from the temple, because in their eyes, they were all PROSTITUTES.

Did Prabhavisnu ever apologize to any of these sincere devotees? NO, NEVER. These are the same devotee women whom Srila Prabhupada walked past one day and said with a smile “All glories to the gopi devotees” Giriraj got his karma by being kicked out of India by the government and had to re-locate to South Africa for a long time. Many years later he tried to make amends towards some of these women by spending a lot of time with them (if he met them at the Mayapur/Vrindavan festival) or by writing to them.

The next chapter for PVD is where he began collecting for Nepal, Katmandu. He had several devotees working for him, collecting many thousands of dollars, by bringing contraband into India and making big profits. One of these devotees got into a spot of trouble somewhere, and asked for some help, but PVD refused to help him. Some years later another one of these collectors came to Australia and wanted to stay there. But, PVD advised all the temple presidents not to allow this devotee to stay because he would just be collecting for himself. Yet this devotee’s other main focus was on distributing Srila Prabhupada’s books.

So this is the gratitude we have all experienced by working hard to build up ITSGONE, by collecting, serving, and preaching. Then, certain people grab onto power, make themselves guru/gbc, live in comfort, and drive out those who helped them get there in the first place. As soon as one begins to question the activities of this GBC and it’s bogus GURU regime he is quickly shown the door.

I could go on and on listing the various other managerial mistakes that continued while PVD was the GBC for Australia but that is not my purpose here. I’m sure others can fill in such details.

Meanwhile, we all do hope that Prabhavisnu will return to service before very long and we can all once again dance in ecstasy to his wonderful kirtan.

If you want to accept one of these modern day gurus of ITSGONE, and if you want to pump up your gurus ego with elaborate worship and big sums of money then you are just as much to blame for his fall-down. He gets his KARMA and you get your KARMA.

For any aspiring gurus out there in Wannabe Land, please clean out your closets first before you accept such an exalted position, because these skeletons will surely come to haunt you. And, If you are not on the level of MAHA BHAGAVAT, PURE DEVOTEE of the LORD, then do not allow your fawning disciples to offer you such worship. If you are not on the same level as the SIX Goswamis of Vrindavan then stop calling yourself Goswami. Even Srila Prabhupada was not addressed as Goswami. He was and is addressed as A.C.Bhaktivedanta Swami Prabhupada. Let us all take shelter of HIS lotus feet and worship HIM as Jagat Guru, savior of the whole world. Jaya SRILA PRABHUPADA. 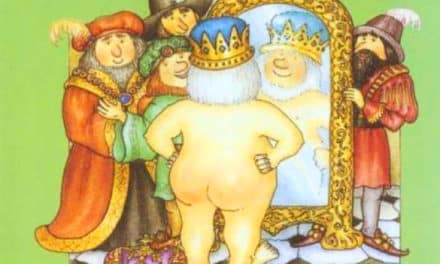 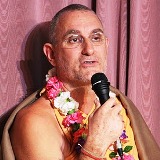 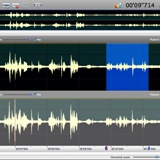