Mahasrnga Dāsa [ACBSP]  – Jaipur: Unlike the 80’s when the GBC passed secret resolutions, as their different guru cronies revealed they weren’t up to the task of being pure devotees in disciplic succession, we now have instant connection to the world and web sites with alert devotees passing along pertinent information and realizations.

Contributions are coming from all corners of the globe with the subject of guru tattva being at the head. Time is certainly running out for these bodies but the turning of the “ISKCON ship” will certainly be done when devotees start listening to Paramatma and stop being swayed by strong personalities who’ve put ideas in their heads.

No one will argue that the “Guru-puja we learned from Srila Prabhupada is exclusively reserved for the pure devotee uttama-adhikari liberated Sampradaya Acarya”, but trying to stop the “poop-ja” of ISKCON’s entrenched ‘gurus’ just isn’t going to happen. And the people getting that “dakshine” in the form of easy cash are certainly not about to relinquish it into a transparent account.

A Diksa guru is always available if one understands why Srila Prabhupada said there is no difference between the Siksa and Diksa guru. Although Urvashi devi dasi pointed out nicely that the, “essence of our sampradaya is primarily a siksa sampradaya”, since November of 1977, the mini ayatollahs switched the focus of ISKCON to their concoction of a Diksa guru.

However the misconceptions of subtle brain washing appear when she states, “Where does that leave the Ritviks? Ritvik is neither an answer nor a solution, as much as it might seem on the surface. It is a non-starter, really. Srila Prabhupada has been the diksa guru of some but he is no longer physically present in his vapu form to perform that diksa…”

First of all, there are quite a few different “Ritvik” camps, and it’s not a question of being an “answer” or “solution”, it’s simply a matter of understanding what Srila Prabhupada wanted, period. We need a group think and cooperation amongst us, which is what His Divine Grace wanted anyway.
We must go below the “surface” for an unequivocal answer.

Secondly, if we would simply read Srila Prabhupada’s books, a little more, we would understand you don’t need a “PHYSICAL” body to transmit transcendental knowledge which is basically what “DIKSA” means. This ‘physical body’, ‘living guru’ idea was also [forked out] by the 11 and advocated and imposed by numbers 12 through 110, now minus the 42 who were caught being bad boys.

The GBC, collaborators and fallen ‘gurus’ have wrote numerous papers, books and articles speculating on how to subjugate the simple word ‘ritvik’. They’ve done an excellent job of, (calling the dog a bad name and trying to hang him).

Reiterating: Prabhupada set up a ‘ritivk’ system of initiation and had it running until November, 14, 1977. Shortly after November 15th, the notorious 11 had a group metamorphosis into {Acaryas} and indoctrinated ISKCON with “anti-ritvik” propaganda which goes on today, without actual understanding the word or its meaning.

From being “apra-sampradaya” to being “nontraditional” the ‘scholars’ within and without ISKCON have debated what in the world ‘ritvik’ actually means. Yea right, like coming from our backgrounds, we really know what’s going on in the spiritual realm of the ‘parampara’.

While matagi is certainly entitled to her opinion, “Regarding Ritvik, I personally always felt why would anyone want to be diksa initiated by Srila Prabhupada after he left his vapu form, when his siksa is so readily available”. However, when the actual understanding of why there is no difference between ‘siksa and diksa’ is comprehended, the ambiguous perplexities of disseminating transcendental knowledge, is crystal clear.

While everyone will certainly agree that Srila Prabhupada is the 32nd link of the sampradaya coming from Lord Brahma, I’ve personally seen cat fights between god-brothers claiming they were number 33. And even behind closed doors, this nonsense continues.

I personally don’t feel that number forty two is the straw that will break the proverbial consortium’s back but it should stimulate people into a thoughtful mood to shake off their subtle indoctrination and conditioning we’ve had for 35 years.

Please excuse and forgive any offense I might have caused by my expressions, tweaking and adjusting my two cents worth on the ongoing guru issue. 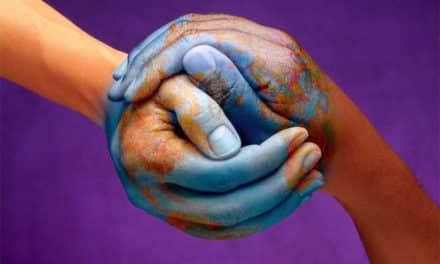 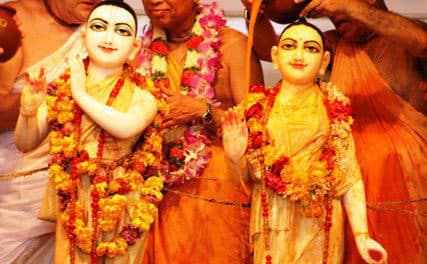 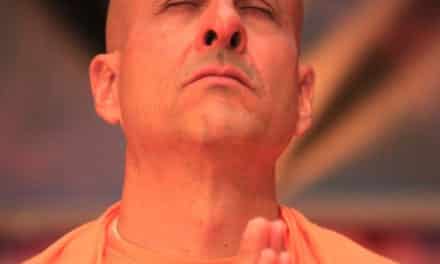 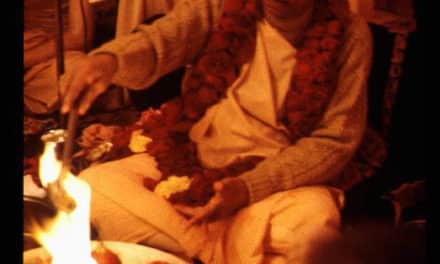 What Need Is There To Take Disciples?