Sattvic Dāsa [ACBSP] – Calcutta: Dear Maharaja and Prabhus. Dear devotees of the Lord. Please accept my humble obeisances. All glories to Śrīla Prabhupāda. I write this with a straw in my mouth.  It’s been 35 years since the departure of our beloved Spiritual Master His Divine Grace A.C. Bhaktivedanta Swami Prabhupada.

What happened to his Institution? Our God-brothers in the position of GBC had a very important role to play in the preservation and expansion of ISKCON. They had been given the responsibility to be the “Watch dogs”, to be the one who would bark the loudest if any transgression had taken place. Why have they failed?

Since Srila Prabhupada’s departure we have witnessed the gradual disintegration and corruption of this wonderful society, a society that is meant to unfold the prediction of ten thousand years of spiritual awakening in human society.

Spiritual life begins with a submissive attitude of inquiry and service to the Spiritual Master.

The Spiritual Master is the via-media between the conditioned soul and Sri Krishna the Absolute Truth. The Spiritual Master ensures that the disciple is finally delivered from the clutches of repeated births and deaths in this material world. Srila Prabhupada taught us that The Spiritual Master is free from the defects of human nature (committing mistakes, propensity to cheat, imperfect senses and subject to illusion). Why then there have been so many downfalls? Why have the GBC not protected the most important institution in Vedic society? Why have they allowed conditioned souls with all of the above mentioned imperfections to sit on the most exalted seat, the Vyasasana, the seat of Sri Vyasadeva?

It’s obvious that a great mistake has been made, a mistake that has destroyed the faith of countless devotees not only in Srila Prabhupada and his society but also their faith in Sri Krishna. A great disservice has been done.

So many devotees service has been destroyed; so many good devotees have been thrown out of their father’s house by unscrupulous and callous leaders. Why?

When the GBC met Srila Prabhupada in Vrindavana in 1977 they very aware that His Divine Grace could have left the world any time soon giving his poor health. They asked him many questions. One very important question was regarding initiations “specifically at the time when he was no longer with us”.

Srila Prabhupada spoke about Officiating Acharyas and he also spoke about that there could be “regular gurus” had his order being received.

The only regular Guru we know is Srila Prabhupada or someone on his level of realization and purity. A self-realized soul free from the above mentioned human defects. And then we have the officiating Acharyas or those who were supposed to initiate on his behalf.

That they were to initiate on his behalf before his physical departure is not an issue. Everyone agrees with that. Our GBC’s only choices then were only really two, continue to initiate on his behalf or accept that the initiator Spiritual Master was a “regular” one, a Vaisnava on the topmost level of spiritual realization, a resident of Goloka Vrindavana, an intimate associate of Sri Sri Radha Krishna.

In fact there was an attempt to fool all of us into believing that the original 11 Acharyas were indeed on that platform. Those who objected were ruthlessly removed, persecuted, beaten and even murdered by the power that be.

In 1987 there was an attempt to reform and a meeting was convened in Sridham Mayapur where a 50 men committee was established to review the guru issue and find a solution to the problem. However the greatest hoax in human history was conceived by distributing the poison of Guru ambition to all thereby disintegrating the very fabric of Vaisnava culture.

Subsequently laws were concocted to contain the ongoing degradation thereby deepening their involvement in the greatest aparadha ever committed.

We want answers, we deserve answers. Our duty is to speak the truth. If we don’t know it then we cannot concoct one to suit our interests. What is the truth? Thousands of devotees have taken initiation again and again because they had faith in the leadership of ISKCON, believing that is what Srila Prabhupada established. That faith has been betrayed. This is a great sin.

Are the GBC ready to stand by their commitment and vouch that those who are in the position of Spiritual Master are indeed “regular” gurus taking the responsibility of delivering the disciples back home back to Godhead?  If not the next question is who delivers the disciples from the clutches of material nature? Who takes the responsibility of taking them back to the spiritual Kingdom?

I know the answer and I am at peace with it. But what about all the devotees who have been told lies after lies? What about them finally getting some straight answers?

The next question is what is the role of those who gives the name and performs the fire sacrifice? They can’t certainly be gurus for they simply perform the formality of initiation.

What is their position then? I know the answer of this question also. However over the years the word ritvik has been so demonized that the simple hearing of that word creates a sense of disgust.

I am interested in substance not names or positions. Srila Prabhupada is the Spiritual Master of all members of ISKCON as everyone is following his discipline, his instructions. You call others any name you want but their role is only to fulfill the formality of initiation. Why then so much pomp and worship? This deviation has created the problem in the first place.

Let us come together. This is my humble prayer. Let us discuss once again how to reunite this family of Vaisnavas.  Let us not leave any stone unturned.

Dear Godbrothers do not be swayed by ignorance and remain attached to a false concept of life. Haven’t we learned enough from past history? How many more good souls have to fall from their perceived positions before we wake up? Let the society of Vaisnavas, present and future freely worship Srila Prabhupada as their Spiritual Master their deliverer, their Via-media to transcendence. This is my humble prayer. 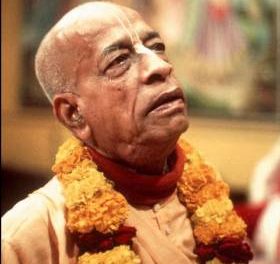 Strategic Planning for the New Century 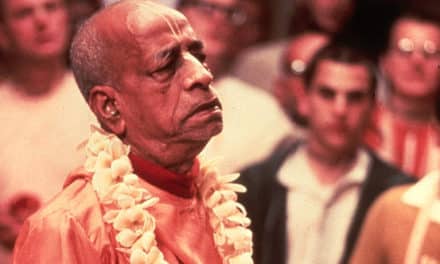