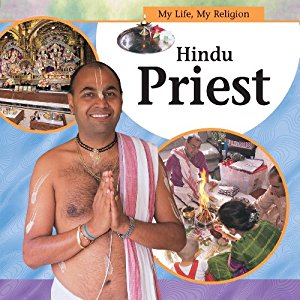 Mahavidya Dāsa – UK: No – the picture below is not a spoof – They say one picture is worth a thousand words! It is the genuine article, produced and distributed by our very own ISKCON educational services. It has been around for some time and can be had for the very reasonable price of £10.00 at Bhaktivedanta manor. Before ISKCON managers worldwide rush for their cheque-books here is another book produced by the same ISKCON society but by a different author. That author just happens to be HDG AC Bhaktivedanta Swami Prabhupāda the Founder – Acharya of ISKCON and Bhaktivedanta manor. He is the very same person whom ISKCON educational services apparently represent. The science of self – realization, printed and distributed by ISKCON. The passage is entitled – Krsna Consciousness: Hindu cult or Divine culture? The author is Srila Prabhupada.

“There is a misconception that the Krsna consciousness movement represents the Hindu religion..

Sometimes Indians both inside and outside of India think that we are preaching the Hindu religion, but actually we are not… One will not find the word Hindu in the Bhagavad-gita.

Indeed, there is no such word as Hindu in the entire Vedic literature…

…people should not think we are preaching a sectarian religion…

Let us hear once again from the founder of ISKCON…

These quotations are taken from Srila Prabhupada’s letters.

Preaching to the Indian community

“Of course, there are many Indians who may be delighted to have a Hindu temple there, but we are especially interested in something else.

Our plan is not to sponsor the Hindus or any other group. Our real purpose is to spread Krishna consciousness.”[SPL to Yamuna 27 05 1969]

“I am not very interested to establish a Hindu temple, perhaps you know from the very beginning i never described my movement as Hindu religion.” [SPL to Mukunda 10 06 1969]

“We should not anymore think in terms of Hindu society. If we limit ourselves to Hindus, then there will be many competitors like Christians, Mohammedans Buddhists and so on. but if we preach the philosophy of Krishna consciousness in right earnest, it will be accepted throughout the whole world.”[SPL to Sriman Bankaji 13 03 1970]

“We must avoid the risk of a separatist movement, unity is our purpose; just like in London where the Indians are starting their own Radha-Krishna temple. We want to avoid skin disease and the Indian people are like the tannery expert.” [SPL to Sriman Hariprasad Badruka 05 03 1973]

**Added by PrabhupadaVision to further illustrate the above points are the following pages from the so called ISKCON Educational Services which would be more appropriately named the Hindu Educational Services… Is this what Śrīla Prabhupāda would have wanted for his society?**

In helping learn and teach about Hinduism, IES strives to publish and present educational material that:

The following are links to possibly useful websites:

For various downloads, including information on Hinduism, and other classroom resources, please select “downloads” from the top menu.

The following are twelve of the main Hindu deities (plus six others, possibly less important to contemporary Hindus), showing their inter-relationships. Knowing these twelve deities will significantly help teachers in exploring the topic of God within Hinduism.

2.   Vishnu – the Preserver the Trimurti

5.   Lakshmi – Goddess of Fortune, wife of Vishnu, wives of Trimurti

8.    Krishna – form or avatar of Vishnu; girlfriend is Radha

Varuna – god of the waters

Yama – god of death and justice

1. Brahma, though one of the Trimurti, is rarely worshipped.

2. The three main focuses of worship are:

3. Parvati, Durga and Kali are all forms of Shakti

4. Skanda is also known as Murugan, Karttikeya and Subramaniam

5. Tips when teaching: we recommend that the main deities at primary level, in approximate order, are:

6. Not all Hindu groups have the same opinions about the above deities and their respective positions.  For example, member of ISKCON consider Krishna to be the source of Vishnu and his avatars (rather than vice-versa); the largest Swaminarayan group, the BAPS Swaminarayan Sanstha, considers Lord Swaminarayan to be God himself; and some Hindus, believing in an impersonal Supreme, will consider all deities equal, or even imaginary

1. Academics recognise that ‘Hinduism’ is a contested and rather arbitrary term. Many Hindus prefer alternative terms, such as Sanatana Dharma (the Eternal Religion) and Vaidika Dharma (the followers of the Vedas). Some prefer ‘Hindu Dharma’.

2. There is no single founder, but there are several distinct and predominant founder-figures, ranging from eternal deities, through ancient rishis (seers) to contemporary spiritual leaders.

3. Hindu learning tends to begin with the nature of the self (atman) rather than God. Practically all schools distinguish the eternal self from the temporary, material body.

4. The Hindu words for God are ‘Bhagavan’ or ‘Ishvara’. ‘Brahman’ is more of a philosophical term meaning ‘Spirit’ or ‘the Absolute Truth’.

5. For most Hindus, the Divine or God lives in three places, as Brahman (everywhere), Antaryami (within the heart ) and Bhagavan (outside, beyond this world)

6. Most Hindus believe in a single Supreme. In much modern thought, there are two main beliefs, namely that he (and/or she) is (i) personal and (ii) impersonal.

7. For most Hindus, the numerous Hindu deities represent various forms and aspects of the (single) Supreme.

8. Practically all deities can be linked, directly or indirectly, to the main three ‘couples’, the Trimurti and their respective wives. In this way, the many deities can be readily classified.

9. Hindu notions of time and space are distinctive. Time is considered cyclical and unbounded rather than linear and limited. Space is not necessarily centred on Earth. Texts describe vast expanses of both time and space, and various ‘dimensions’ of existence.

10. Hindus have there own views of history, and do not generally subscribe to the now-dated ‘Aryan invasion theory’.  They generally date events and texts earlier than scholars.

11. There are 3, 4 or 7 main denominations within Hinduism, based largely around their ‘chosen deity’ and main focus of veneration (for more details, see further fact sheets or contact ISKCON Educational Services).

12. Hindu groups are also distinguished in three other main ways, namely by (a) their approach to textual and ecclesiastical authority (b) their preferred ‘yoga’ or discipline, and (c) their specific philosophy (for more details, see further fact sheets or contact ISKCON Educational Services).

13. Hinduism has largely managed to blend religion and philosophy. Not many Hindus consider their tradition a ‘faith’ or ‘belief system’, as do most of the Abrahamic traditions/

14. Of the six main darshanas (philosophical systems or ‘perspectives’), Vedanta is most popular today, and favours the two main notions of ‘monism’ (an impersonal God) and ‘inclusive monotheism (a personal Supreme), often blending the two.

17. There are widely variant views on the exact significance of India (referring variously to the land, the people, the nation). Some favour nationalism; others lean towards a shared wisdom transcending national and sectarian boundaries; yet others try to blend the two ideas.

18. The cow is sacred, as is all life, but she is especially special for her role as mother. Motherhood and the role of nurture are generally considered core Hindu ideals.

19. Moral issues are best addressed through modern and transferable philosophical principles (such as the three gunas – see #22 below) rather than the more dated, context-specific Manu Smriti.

21. Hindu thought promotes economic, environmental and personal-lifestyle sustainability through the ideal of sattva-guna (the quality of serenity and good ness). The other two qualities (‘gunas’) are raja-guna (passion, ambition) and tama-guna (ignorance, darkness).

23. Whereas the Abrahamic faiths values religion for community-building – perhaps to counter highly individualistic lifestyles – Hinduism much stresses individual spirituality. Despite this, many stands extol the virtues of sat-sanga (or sadhu-sanga), the company of saints.

24. Many Hindu words and concepts have entered the English language. Words (and some cultural practices) include pyjama, chutney and bungalow. Concepts include guru, karma and avatar.

25. Sanatana Dharma (the Eternal religion) isn’t merely a means of perpetuating conservative, long-standing traditions. Rather it acknowledges that some truths and values are timeless and universal, forever relevant to the human dilemma; at the same time, to be applied with consideration of time, place and circumstance.

One would have to wonder what this has to do with Śrīla Prabhupāda’s ISKCON? 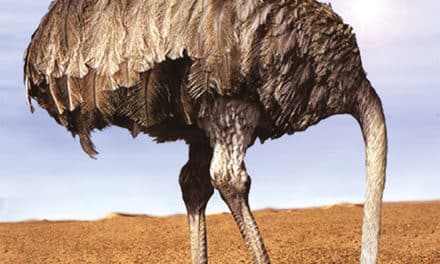 Denial Is An Ugly Thing

The Law of Disciplic Succession