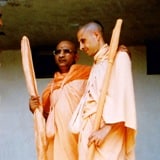 Krsnacandra Dasa – Vrndavan: Srila Prabhupada established the Sannyasi asram to continue the preaching mission of Lord Caitanya Mahaprabhu. Every devotee’s prescribed duty which has been prescribed by His Divine Grace AC Bhaktivedanta Swami Srila Prabhupada is to preach; whether they are a Grhastha, Brahmacari or Sannyasi. The position of a Sannyasi, however, in the Sankirtan Movement of Lord Caitanya under the auspices of Srila Prabhupada is to renounce worldly activities, and to travel extensively and preach. Nothing more and nothing less!

“So being Sannyasi is no hindrance for being also GBC. In fact, the duties of the GBC men are now to be just like the duties of the Sannyasis. I want that the GBC men should leave the management of the individual centers to the local presidents and concentrate themselves upon preaching work. They should be constantly travelling from one center to another center to see how the students are learning and to give whatever advice is necessary for improving the temple standards. In addition, the GBC men will open new centers, distribute literature, and they should always be travelling with a sankirtana party to accompany them. So practically there is no difference between the Sannyasi duty and the GBC duty…” {Letter to Madhudvisa L.A. June 12 1972}

At what time did this order by Srila Prabhupada change in the ISKCON Sannyasi asram?

Whose idea was it that the Sannyas Asram should begin to?

The truth of the matter is that the GBC / Rubber Stamped Gurus and Sannyasi’s want us to believe that we are now experiencing a “Post Samadhi” ISKCON and have relegated Srila Prabhupada to the annals of history.

However, they know that this is a heinous lie so they loudly proclaim that they are working very hard to put Srila Prabhupada back in the centre. As if he is not already in the centre for any devotee who has read Srila Prabhupada’s books and has an inkling of his teachings.

The only reason they assume that Srila Prabhupada is not already in the centre is simply due to the fact that he is not in ‘their’ centre.

The only people who stand to be influenced by their duplicitous proclamations are their ill-gotten naïve disciples who they have cheated by falsely presenting themselves as being qualified to accept them as disciples on the strength of a bureaucratic decree.

They claim themselves to be ‘self realized – living gurus’ with a ‘connection’ to Lord Krsna that not only circumvents Srila Prabhupada, their sponsor/linking guru, but also Krsna Himself in His manifestation as Lord Caitanya who inaugurated the Sankirtan Movement.

A ‘connection’ that gives them the ‘right’ to supersede the duties that His Divine Grace AC Bhaktivedanta Swami Srila Prabhupada has prescribed for them with their own fabricated duties and responsibilities.

Should their disciples question why they are being engaged in mundane business activities, they will be told to read Bhagavad Gita where Krsna explains how they are to surrender onto the Spiritual Master and render service unto him… or her…

Once a naïve aspiring disciple accepts the glee club/groupie blabber and is swept away with its subsequent groupie fervour they lose their intelligence. The “groupie mentality” is a form of ‘idol worship’ that has been acculturated into FISKCON in order to groom the neophytes and form them into more or less sociopathic groups centred on the ‘idols’ that the Institution has ‘appointed’ to perform this role.

Becoming groupies and thus losing their sense of self, what to speak of intelligence, automatically leads them into accepting anything that their so called guru says and does as being transcendental even to the point that should their ‘guru’ engage in mundane business activities or subtle and gross sexual activities they are in so much illusion that they cannot see any wrong. Knowing no better, they see their Rubber Stamped Guru as being the Spiritual Master that they have read about in Srila Prabhupada’s books up unto to point of even performing murder for them…

That would mean they would see them as a shaktiavesa avatar or one who has descended from the pastimes of Lord Krsna who have been sent by the Lord to supersede the orders of Srila Prabhupada and to implement a more liberal or mundane form of Krsna Consciousness than the one He described in His Gita and the one that Srila Prabhupada subsequently prescribed for us?

To modify or supersede the orders given by the pure devotee Srila Prabhupada means that one is either disobedient to the Spiritual Master or that he is more spiritually advanced than the Spiritual Master – which in our case means that one would be an Acharya, and in order to do this one would have to be at the very least on the level of prema-bhakti.

Even if one has attained the stage of bhava-bhakti what to speak of prema-bhakti by the process of saddhana –bhakti; it would be more than obvious to them that they would never even presume to change a word of the shaktiavesa avatar His Divine Grace AC Bhaktivedanta Swami Srila Prabhupada’ instructions, let alone whimsically change the duties that he has prescribed for us.

The first change to the duties prescribed by Srila Prabhupada occurred soon after Srila Prabhupada entered into Samadhi. The first and most heinous change was to appoint themselves as initiating Spiritual Masters and begin to accept disciples of their own.

For anyone to supersede the order of the Spiritual Master to such a degree would infer that at the very least the original eleven ‘self-appointed’ Zonal Acharyas; mere months after Srila Prabhupada entered into Samadhi, executed such perfect sadhana-bhakti that they simultaneously achieved prema-bhakti?

Further that they were now receiving direct instruction from Lord Krsna that totally contradicted the duties that Srila Prabhupada had prescribed for them to follow. New directives from the Lord that made all of their activities pure no matter how materially heinous or corrupt they may appear to us ordinary nitya-baddha jivatma’s?

Apart from the above discrepancies regarding the process of obtaining prema-bhakti now being ‘practiced’ but wisely not ‘preached’ by these rebellious, self-righteous and offensive rascals – they were also in the Sannyasi ashram.

The Sannyasi ashram is the so called ‘renounced’ order of life. Srila Prabhupada’s instruction for the Sannyasi order was to live simply, constantly travel and preach Krsna Consciousness, especially to the Temple and Devotional Community members.

However, it seemed according to our FISKCON Rubber Stamped Gurus/Sannyasi’s that Krsna had other plans…

The Sannyas ashram became synonymous with being a diksa-guru of the exact same status as Srila Prabhupada and the philosophical understanding of what a Sannyasi is, in the varnashrama system, changed.

Krsna had apparently and uncharacteristically changed the role of a Sannyasi, morphing it into a peddling businessman whose uniform was the dress of a Sannyasi and whose activities were to sign up as many disciples or recruits as possible to begin to collect what Krsna ‘apparently’ really hungers for – money!

The first business activity that these upstarts and usurpers began was peddling ‘paraphernalia’. They had their disciples act as street peddlers selling T-Shirts / oil paintings / making Bliss Bars etc in order to get as much money as they could, which was of course for the service of Lord Sri Krsna but in actual fact intended for their own pockets.

With this money they did many wonderful things like open independent Temples and Projects / open private ISKCON bank accounts / lent the money to devotees and others with high interest / began to invest some of it in the stock market and open private businesses.

Oh the Lord must be so happy with his sincere businessmen servants!

The latest business transaction for a very wealthy businessman Sannyasi ISKCON Rubber Stamped Guru was to invest millions of dollars (most of it not his own private fortune) in prospecting for minerals including highly controlled substances in Iran.

What are ISKCON devotees doing involving themselves with prospecting for minerals up to the point of trying to work out deals to prospect for Uranium in any country what to speak of Iran? Have they lost their minds?

The craziest thing about this is that their disciples support them. How can they be so stupid to help or lend money to an ISKCON Guru who is involved in such a stupid business? I pray that by now these stupid disciples have rejected their greedy stupid cheater of a guru! How dare he drag Srila Prabhupada’s ISKCON into such filth? How dare he drag his disciples into such crude and greedy activities? How dare he wear the cloth of an ISKCON Sannyasi!

This GBC backed Sannyasi Guru / GBC man / Rubber Stamped Guru unfortunately failed in this wonderful endeavour and now his investors, who include wealthy ISKCON devotees and private businessmen, want their investments paid back! The full force of the Institution is gathering now to make sure that this does not become public knowledge… But the truth always comes out in the end.

FISKCON greats like Braja Bihari are putting their full weight behind finding a solution that is favourable to all parties as the GBC and other Businessmen Rubber Stamped Gurus who are desperately working out ways how to distance themselves from one of their own, who is experiencing a run of bad luck.

How many of our Rubber Stamped Gurus/Sannyasi’s have been involved in financial scams to increase their bank balances? How much money has been wasted on so called ISKCON projects like the Mayapur Project that has lined the pockets of the devotees involved without any results whatsoever?

How much of the BBT money has been invested in places like Wall Street and lost over the years?

Imagine what Srila Prabhupada’s ISKCON would be like if these greedy selfish and self centred people did not squander the money meant for His Divine Grace AC Bhaktivedanta Swami Srila Prabhupada to help ISKCON grow and develop? 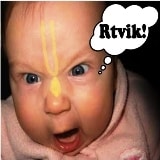 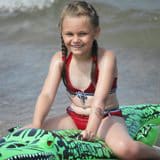 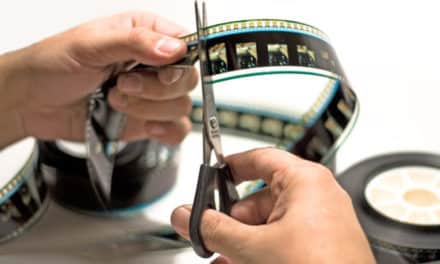 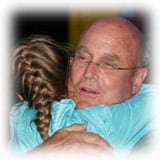