Krsnacandra Dasa – Vrndavan: [Date: 10th Jan 2011] Political Correctness is an ideology that was born of the Frankfurt School Social Engineers of the 50s in the US. These predominately German Jewish Cultural Marxist Activists travelled to and fro from Germany and the US since the 1920’s establishing their Secular Humanistic Academic programs which were driven by the Marxist Communistic manifesto which sought to break down Western Culture.

“The ideology of Political Correctness is the avoidance of expressions or actions that can be perceived to exclude or marginalize or insult people who are socially disadvantaged or discriminated against. However, it is much more of a belief system which forms a person’s world view, attitudes and value structure than a simple polite manner in which to perform social interactions.” (Geopolitics – Globalization)

The Politically Correct attitude has more or less instituted itself into ISKCON with many devotees beginning to voice their opinions on how devotees in ISKCON should now think. Liberalism has entered into ISKCON as a philosophical opinion within our so called intellectual devotees. The push for ISKCON to become more permissive is also beginning to assert itself with the idea brought up by Braja Bihari in his paper ‘Pizza or Pakoras’ with the insertion of the spurious argument that claims that there are modernist devotees and traditionalist devotees. (See here for refutation)

The civil rights parties which were born out of the Frankfurt School Communistic agenda are beginning to form within our ISKCON society. The civil rights movement is not about equal rights in its true sense; it is about creating disharmony within society by pitting one against the other via a process of sophistic argument. For example it sets liberalist against traditionalist, child against parent, man against women and so on. However in its true sense equal rights means that all living entities have rights within God’s Law.

Srila Prabhupada says that the only rights that a person has is the right to serve Krsna. Then all other rights and needs will automatically fall into place when we follow Srila Prabhupada and Krsna.

The Frankfurt School Social Engineers plan was to infiltrate Academia and to encourage students to rebel against the mores of Society, the Establishment and their Parents. After failing to spread Communism in Europe they modified the Marxist Communistic Manifesto to use a Cultural agenda which merged the Psychoanalysis of Sigmund Freud and Marxism to create a new form of Communism that would more effectively destroy Western Culture by corrupting the youth and breaking down established religious based social mores.

The main ideology was to teach the youth of America to apply ‘reason’ via a ‘negative critical analyses’ of their social and religious mores and laws and to breakdown social and sexual taboos to create a liberalistic and permissive society that will rebel against their Western Cultural roots.

Their indoctrination campaign gave birth to the Hippie Generation.

The Frankfurt School Social Engineers effectively turned the children of America against their parents and society and began a ‘War of Terror’ against the establishment.

The Demoniac Social Engineer’s use of Freudian Psychoanalysis proved to be highly effective to focus the youth on matters of Sexuality and began a sexual revolution that challenged not only the sexual mores of Western Society; it also challenged the Family structure.

Freud blamed Western Patriarchal Society that was based on a; Male God/Male Leader/Father etc as the cause of neurosis in mankind. He shifted emphasis of Society to the female by vilifying the masculine or male role within Society.

Freud, a well known hater of Western Culture, which he believed bred Anti-Semitism and other forms of prejudice, saw the cohesive hold that a male dominated society had on its people and so he developed the idea of the Authoritarian Personality. By linking it with Hitler and Nazi Germany and making the pursuit of ‘power’ as the main cause of the problems afflicting mankind he fuelled the fire of rebellion against Society.

Freud believed that the male represented power and the authoritarian male naturally meant the abuse of power. Abuse of power became the reason for mankind’s ills and men were now seen as being hugely problematic and causative of social dysfunction.

The Frankfurt School Social Engineers also began a systematic program to form Civil Rights Groups and other Activist Organizations to organize mass revolt against the establishment.

Some of these Civil Rights movements were in some ways beneficial to society however there was an ulterior motive behind their formation for the youth and minority groups were being used as tools or cannon fodder for the Communist Social Engineers of the time, in an attempt to breakdown Western God centric Culture.

Many devotees believe that Srila Prabhupada’s establishment of the Krsna Conscious Movement in New York’s Lower East Side and San Francisco’s Haight-Ashbury Area was happenstance or that he came to make Hippies into Happies. However, Srila Prabhupada’s entrance into the very heartlands of America where the Frankfurt School Engineers were making their initiative to infiltrate American youth to turn them against their families and the Western Society was not a matter of chance…

Krsna had sent his dear devotee to the very epicentres of corruption by the agents of Kali who were hell bent on driving a huge malefic wedge between the people and God. Srila Prabhupada went to the very halls of Academia and confronted the very same Professors and their students with a God Conscious Philosophy that far surpassed the sophistic arguments and mental speculations of these demoniac impersonalistic preachers.

The Hippies that Srila Prabhupada turned into Happies were in fact cannon fodder creations of the Cultural Marxists who incited them to rebel against their families and cultural traditions and opt out of what they saw as the rat race. However, what they, the youth, had in fact done was unwittingly fight against their own people and country as they had been enlisted into a Communist army whose Generals were foreigners who came in the guise of Academics and infiltrated Academia specifically to destroy Western Culture.

New York’s Lower East Side and San Francisco’s Haight-Ashbury area were where the ‘pop’ philosophers and psychologists, trained up by these Social Engineers, would hang out or frequent so they could encourage the youth into the ‘sex, drugs and rock ‘n’ roll subculture or to enlist them in militant action against the establishment. They had become the post modernistic gurus of the new ‘age of reason’ revolutionaries promulgating their Cultural Marxist agenda fooling the youth into thinking that this was ‘their’, the youth’s revolution.

During this time many Marxist Communist Academic Professors and students began to form into highly organized movements to arrange protests against the establishment under the guise of advocating for the ‘human rights’ of students and minorities. Many of the ‘converts’ to their ideologies acted as agitators and infiltrators into the youth scene and together with the Frankfurt School authors these groups would form a Professor/student led revolution in the streets of America which laid the foundation for the ‘Politically Correct’ ideology to gain its foothold on human society.

These Social Engineers targeted many issues which they saw would affect the change in social mores that would give the youth a false sense of freedom. False in the sense that the ideologies that they were accepting were designed to give a person of sense of freedom without freeing them. This is why the introduction of drugs into the youth proved highly successful as they gave the sense of freedom that was only in the mind.

This was the same for the programs for encouraging;

Srila Prabhupada did not go to the rich and famous like the Pop Gurus of that era. He went to battle field of the Frankfurt School authors who were pitting the youth against their very own culture and gave them a way out of the trap that the Demon Kali had set for the unwitting youth.

The Frankfurt School authors were not Hippies they were what the youth called ‘straights’ they had incomes and careers but hypocritically they encouraged the youth to revolt and give up any future in the society of their birth.

Srila Prabhupada lived the life that he was teaching. He was coming from a line of spiritual preceptors that knew exactly what was going on in the Western world and he knew that he had to infuse this rebellion with the truth. He gave them a point of reference that would effectively weaken the Cultural Marxists agenda. He gave them Krsna.

Many of the original devotees, who had joined ISKCON, had been trained in the Secular Humanistic Universities that were under the auspices of these Frankfurt School Social Engineers.

The impact that the ideologies of the Frankfurt School authors had on the youth was very powerful and it shaped their world view, morality, ethics and powers of reasoning.

ISKCON today has also embraced the very same Secular Humanistic Educative process in its Educational Program by Offering Government Curriculum and Syllabus in our Schools. Therefore they are encouraging our adults to attend the very same universities that are still using ideologies born from the Frankfurt School authors of the fifties and sixties that Srila Prabhupada came to defeat. They were again using the very same Universities and educative process that they themselves had been indoctrinated by, before joining ISKCON.

This is very disconcerting as it is nowhere more starkly evidenced by the so called senior devotees / sanyasi gurus, who are attending Universities to gain karmi qualifications or are collaborating with, were also from, and indoctrinated by, the very same universities at the very same time that the Frankfurt School authors were indoctrinating the youth of America.

It must be noted that many ISKCON devotees who have or are attending these Universities are beginning to write papers and dissertations on our Vaisnava philosophy that are in the Secular Humanistic line of Critical Analysis which is distinctly impersonalistic in orientation.

They had come a complete circle ending up back to where they had originally started. It had taken over thirty years to bring Srila Prabhupada’s ISKCON back to their real masters… They have successfully created FISKCON or Fraudulent ISKSCON.

Srila Prabhupada mission is to infuse the world with Krsna Consciousness and in the process defeat these impersonalistic philosophies and mentalities. The fact that our so called spiritual leaders and gurus have sold us out to Secular Humanistic Academia when they should know better is no coincidence in the light of their backgrounds.

The intentions of the leaders of ISKCON to lead our movement into the Secular Humanistic Academic program and channel our youth and adults into the workforce that was designed to accommodate the indoctrinated students must be challenged and corrected. This is surely a direct and heinous insult to Srila Prabhupada to have such leaders in positions of decision making power in Srila Pra bhupada’s ISKCON. 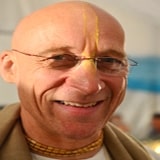 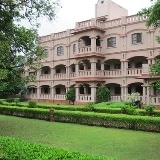 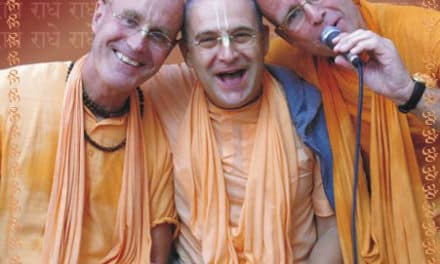