B. Radha-Govinda Swami – USA: On Sept 17, 1965, after a 35 day overseas journey from Kolkuta to USA, on the cargo ship Jaladuta, His Divine Grace, Srila A.C. Bhaktivedanta Swami Prabhupada arrived at Boston’s Commonwealth Pier, Srila Prabhupada’s coming on the order of His Guru Maharaj, Srila Bhaktisiddhanta Sarasvati Thakur Prabhupada, to preach Lord Caitanya’s message and distribute the process of  Krsna consciousness to the Western World. The day afer Srila Prabhupada’s arrival He wrote the Markine Bhagavat Dharma, and continued on with the Jaladuta to NYC. Though Srila Prabhupada went to Butler PA from NYC, His Divine Grace then returned to NYC, and on July 13, 1966 incorporated His International Society For Krsna Consciousness, ISKCON society.

Though Srila Prabhupada, the topmost pure devotee of Lord Krsna, gave instructions for keeping ISKCON pure, sadly those in positions of leadership had their own materialistic motives, and because of this, usurped and took Srila Prabhupada’s ISKCON in a very different direction. The following is a picture story of ISKCON’s history:

Srila Krsna das Kaviraj Goswami explains, “The descendants of the tree (the devotees of Sri Caitanya Mahaprabhu) were very glad to receive this order directly from the Lord.”

Following Sri Caitanya Mahaprabhu’s order, and that of His Guru Maharaj, Srila Bhaktisiddhanta Sarasvati Thakur Prabhupada, Srila A.C. Bhaktivedanta Swami Maharaj Prabhupada left India, came to America, and from there, transported Krsna Bhakti throughout the world, giving this Sanatan Dharma freely to any and all who would accept to whatever degree, the mercy Srila Prabhupada was giving. Many people came to Srila Prabhupada’s Lotus Feet taking His message very seriously. They chanted Hare Krsna, put on tilak to decorate their bodies, wore Vaisnava garb, and became devotees. They were united together under the banner of Krsna Bhakti; devotees offering obeisances and respects to one another, chanting, dancing and clapping happily together in kirtan. Many devotees armed themselves with Srila Prabhupada’s books to conquer the world with the teachings of Sanatana Dharma, Krsna Bhakti.

Then came “the fire, caused primarily by ISKCON’s GBC, the Great Big Cheaters (also known as the Greedy Boys’ Club), who lied to ISKCON devotees, telling them that Srila Prabhupada set up a zonal acarya system in ISKCON for the intiation of devotees, which resulted in devotees breaking up into different “camps” fighting with one another. Mother Bhumi, the devatas, those devotees who were possessed of genuine desire to serve Krsna, as well as Gomata – Krsna’s being the Supreme tender of the cows – were in shock at what they were seeing with the present-day devotees lack of love (and fighting) with one another. Due to the GBC’s atrocities, resultant from their greedy, and non-ending desire for power and money, some of the very sincere devotees were forced into legal battles and other forms of fighting by the GBC. It was as if Kali himself had taken forms of GBC people, or had entered into and taken over their hearts.

Because of Kali’s negative influences, there was an increase of lust, envy, anger, greed, illusion and false pride. Devotees forgot their duty to do Hari Nam, preach Krsna Bhakti, give Sri Caitanya Mahaprabhu’s mercy and spread the Sankirtan movement, and because of these factors, eventually the bombs fell due to so much hatred on the planet. The cities and buildings were reduced to sand and rubble, the waters polluted, with everyone and everything in sheer havoc.

In fear, the devotees then realizing the truth, understanding what was given in the Vedas, and brought by Sri Caitanya Mahaprabhu as the Yuga Dharma, again came together united according to these teachings transported by His Divine Grace, Srila A. C. Bhaktivedanta Swami Prabhupada, in their efforts to promote Sri Caitanya Mahaprabhu’s teachings, their chanting, clapping and dancing together in Hari Nam Sankirtan, to issue in the Golden Age within this age of Kali.

From Srila Prabhupada’s “Nectar Of Devotion”

Chapt. 18 under the section “Great Hope”

“The strong conviction that one will certainly receive the favor of the Supreme Personality of Godhead is called in Sanskrit asabandha. Asabandha means to continue to think, ‘Because I’m trying my best to follow the routine principles of devotional service, I am sure that I will go back to Godhead, back to home.’

“In this connection, one prayer by Rupa Gosvami is sufficient to exemplify this hopefulness. He says, “I have no love for Krsna, nor for the causes of developing love of Krsna – namely, hearing and chanting, and the process of bhakti yoga by which one is always thinking of Krsna and fixing His Lotus Feet in the heart, is also lacking in me. As far as philosophical knowledge or pious works are concerned, I don’t see any opportunity for me to execute such activities. But above all, I am not even born of a nice family. Therefore I must simply pray to You, Gopijanavallabha, (Krsna, maintainer and beloved of the gopis). I simply wish and hope that some way or other I may be able to approach Your Lotus Feet, and this hope is giving me pain, because I think myself quite incompetent to approach that transcendental goal of life.” The purport is that under this heading of asabandha one should continue to hope against hope that some way or other he will be able to approach the Lotus Feet of the Supreme Lord.”

May we selflessly serve Srila Prabhupada’s desires, and obtain the dust of His Lotus Feet, and by His grace, may we attain eternal loving service to the Lotus Feet of Sri Sri Radha-Krsna and Their Eternal Associates. 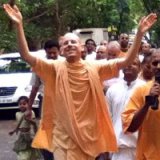 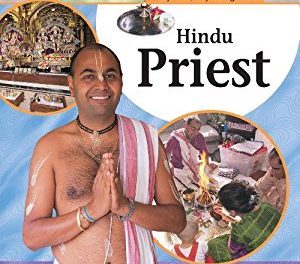 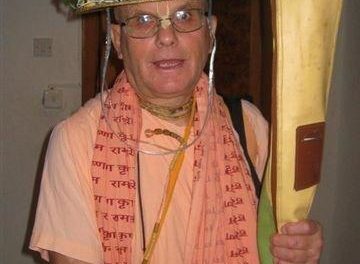 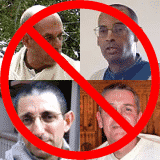